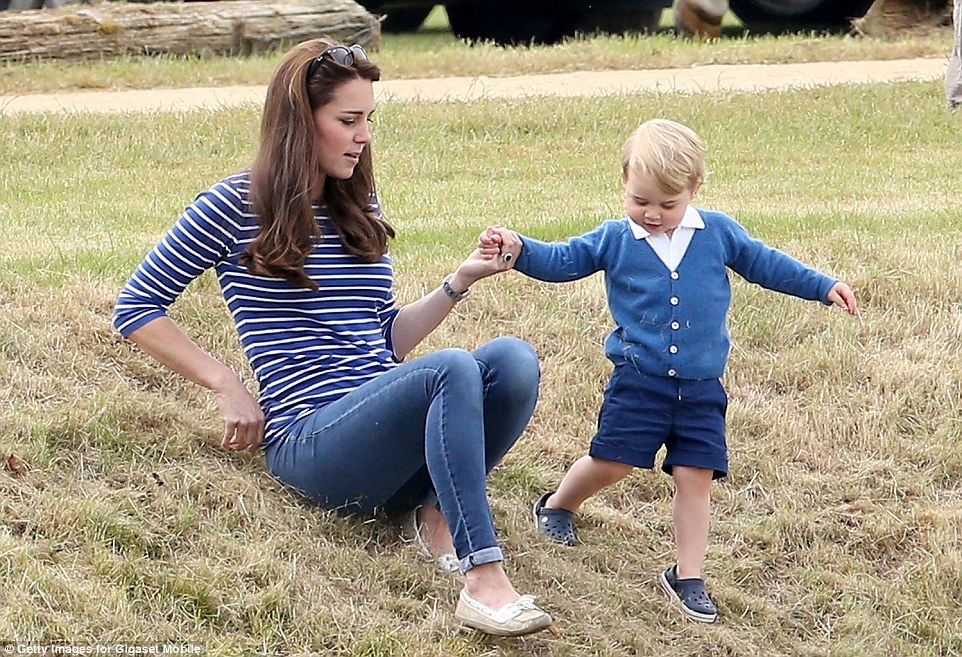 He was centre of attention on the Buckingham Palace balcony at Trooping the Colour yesterday and today all eyes were on Prince George again during a family outing to the polo.

Playing with his mother, Kate, and clutching a little red and black toy car in his hands, the cherubic 23-month-old was obviously heartily enjoying the family jaunt to the Festival of Polo at the Beaufort Polo Club in Gloucestershire, along with his father Prince William, uncle Prince Harry and grandfather Prince Charles.

The Duchess of Cambridge, 33, who looked relaxed and enviably slim just six weeks after giving birth to Princess Charlotte, ran after her toddler who attempted to run up the hill, was fascinated by polo mallets and even tried to kick one of the balls towards the thick of the action.

The little prince had bags of energy as he tried to run down a grass verge, only being restrained by his mother who remained sitting down, holding his hand firmly in her own.

And when that ceased to amuse him, George tried to make his way back up the slope variously falling so that he was supported by his hands and feet and then standing upright only thanks to Kate’s restraining hand on his bottom. 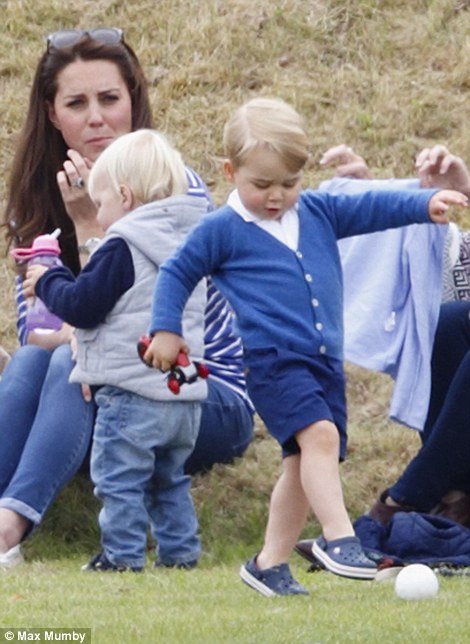 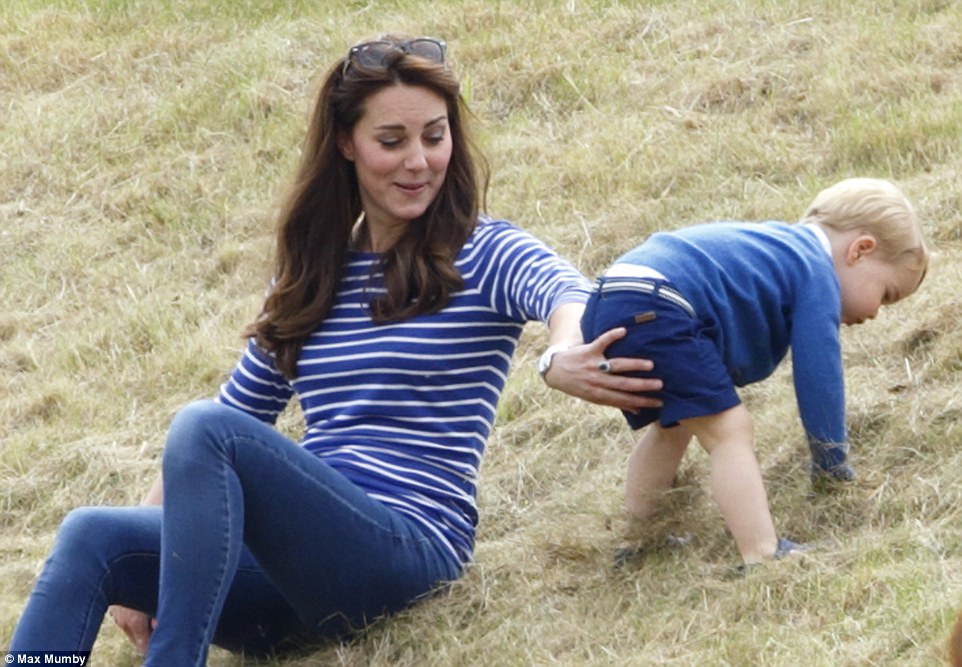 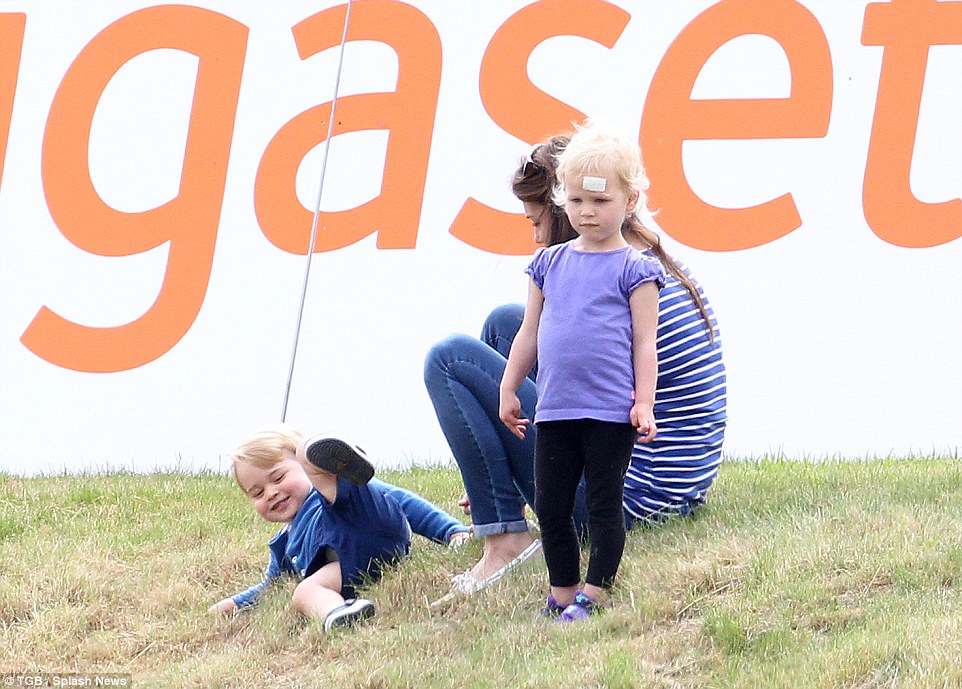 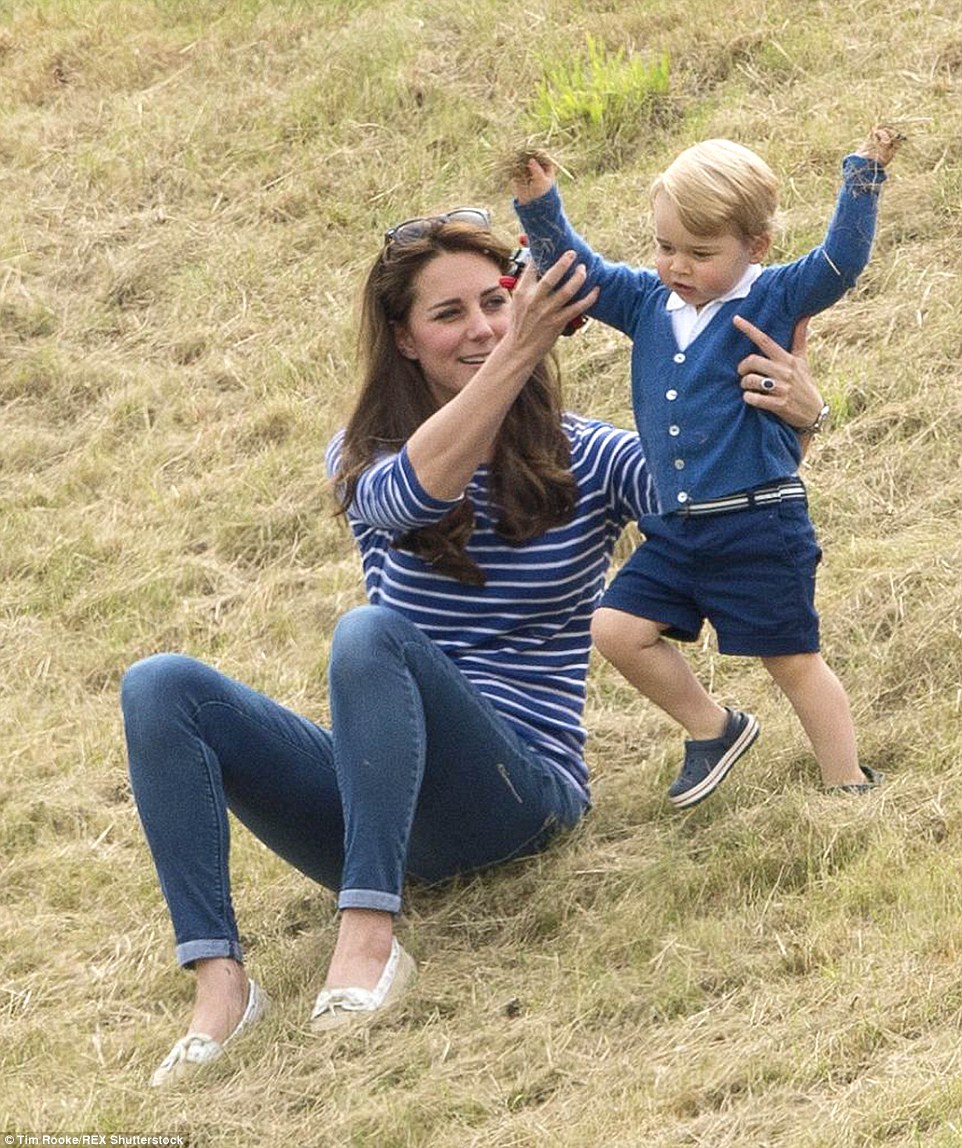 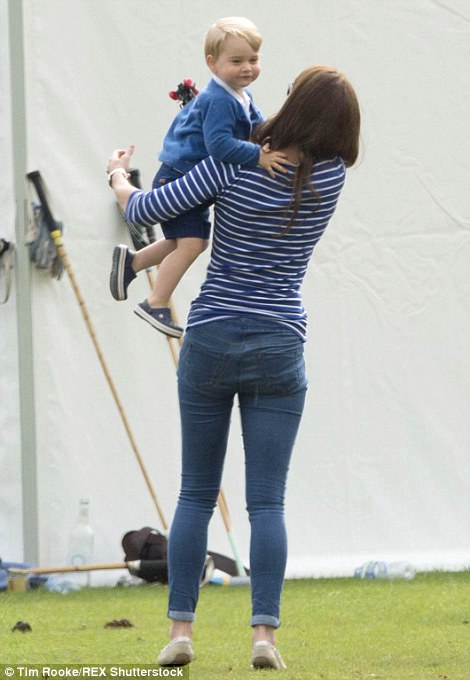 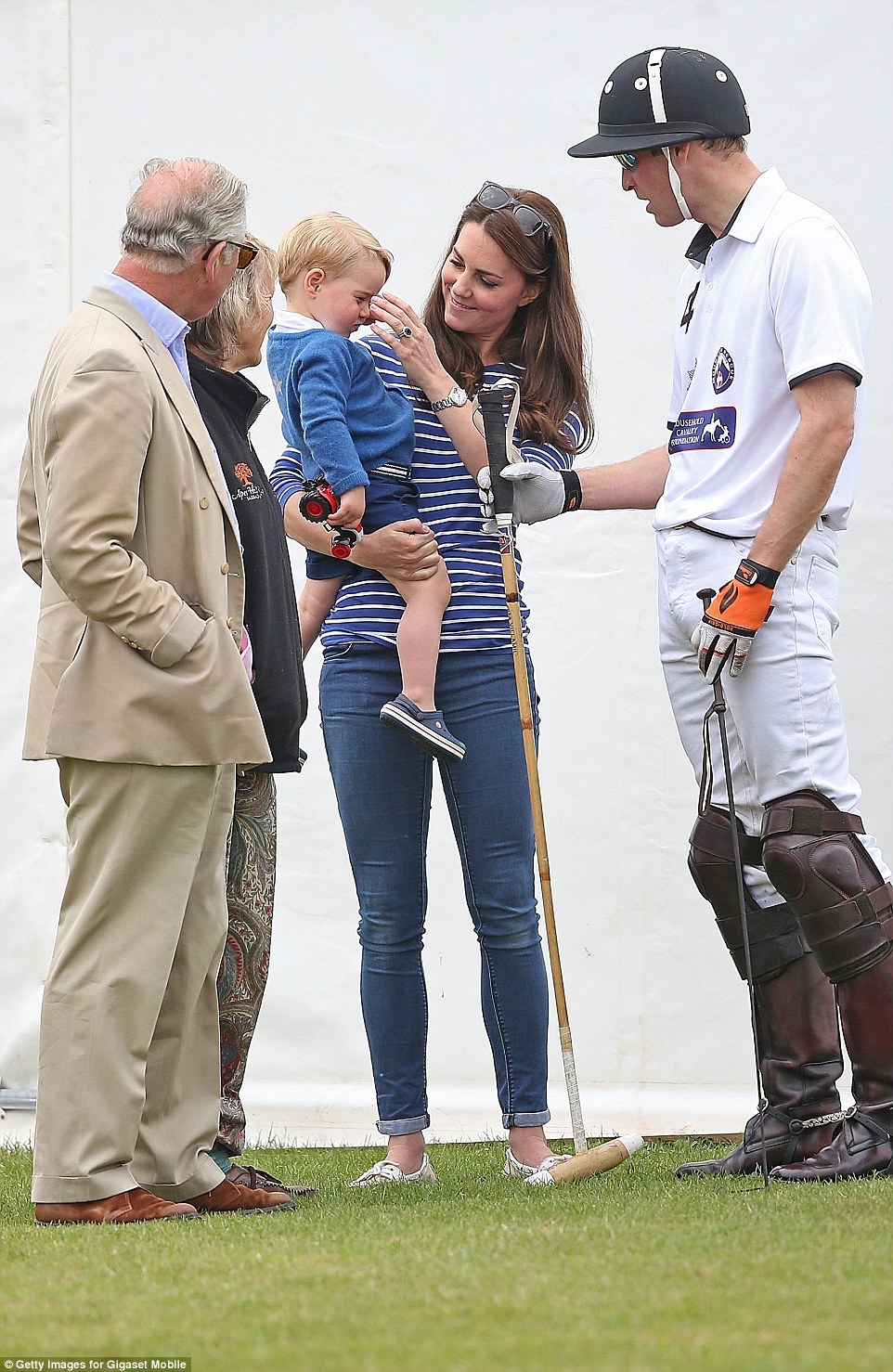 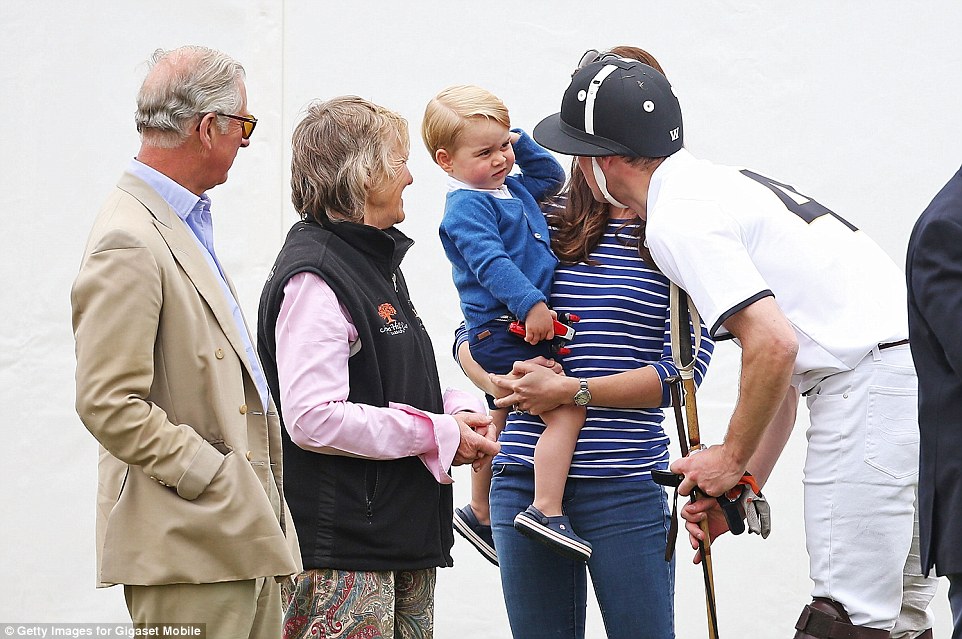 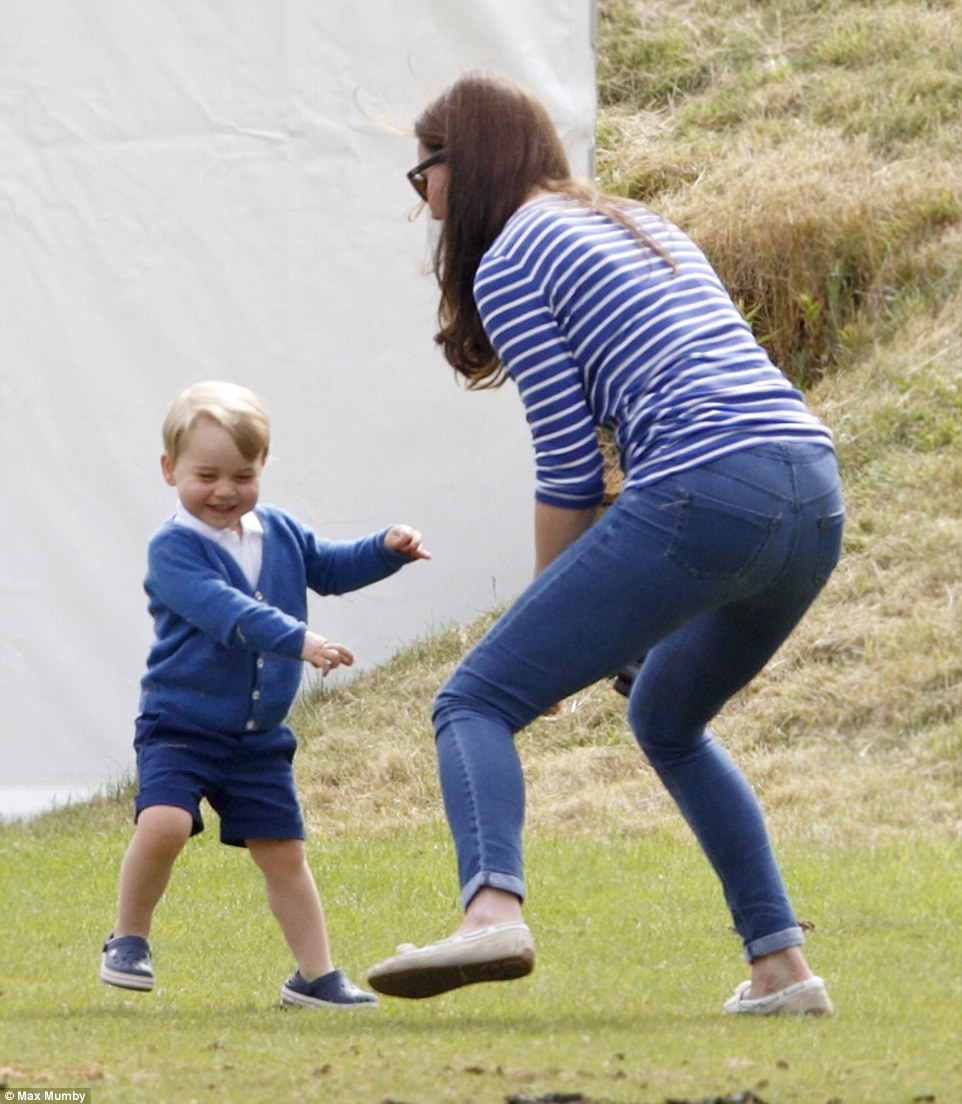 This article was culled from Daily Mail UK