Nigeria’s electoral umpire, the Independent National Electoral Commission (INEC) has released a list of the senators who emerged victorious in the National Assembly elections held on February 23.

The list was released ahead of the presentation of certificates of return to the lawmakers. With a total of 62 senators, the All Progressives Congress (APC) is in clear lead, while the Peoples Democratic Party (PDP) trails with 37 senate seats and the Young Progressives Party (YPP) has one.

Rochas Okorocha, governor of Imo state, would have increased the tally of APC by one but his name was struck out of the list over the violence in Imo west senatorial district.

The only explanation given by INEC as to the omission was the remark that reads, “Declaration made under duress.”

There are a total of 109 seats in the upper legislative chamber but 100 have been declared so far. 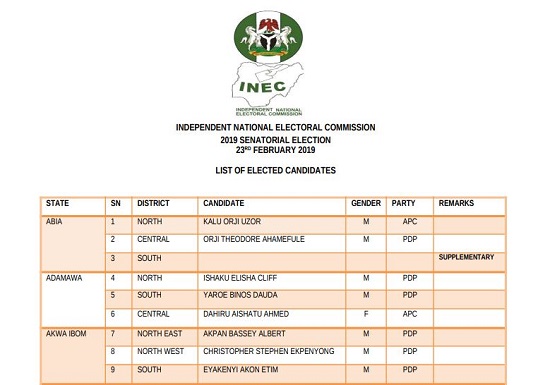 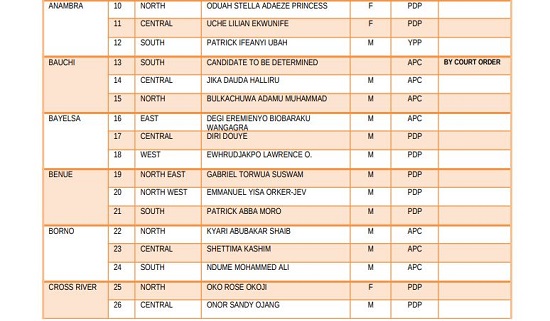 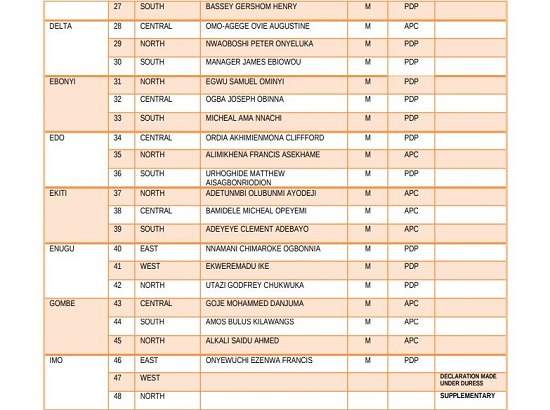 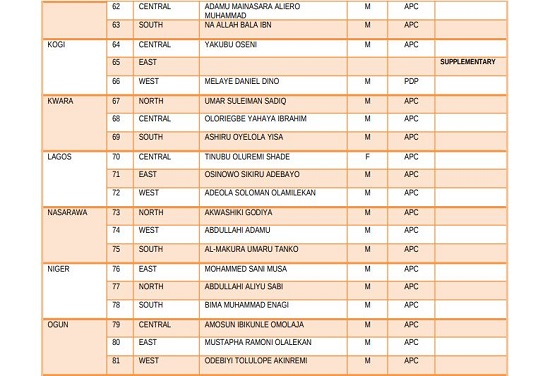 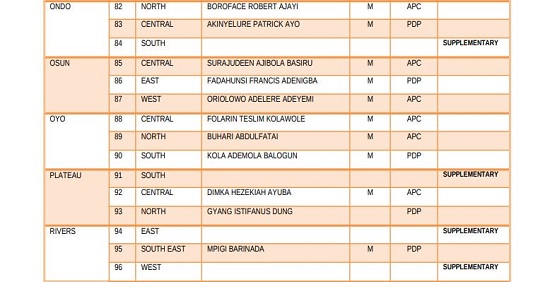 https://www.youtube.com/watch?v=qAQLRnarD5s&t=10s
SEE ALSO: GUBER: How INEC Can Prevent Chaos In Imo, Kano – Group [OPEN]
Do you have a story you care about or is there an issue you want Thesheet.ng to look into? Email your story ideas or suggestions to us at editor@thesheet.ng.
If you wish, you can also send your stories, pictures and videos to our
Whatsapp number:  09098070080
or any of our Social Media platforms:
Facebook: Facebook.com/Thesheetng
Twitter (tweet at us or DM): @thesheetng
Instagram: @thesheetng
This is a 2019 Copyright of thesheet.ng. You may wish to request express approval from thesheet.ng to republish.