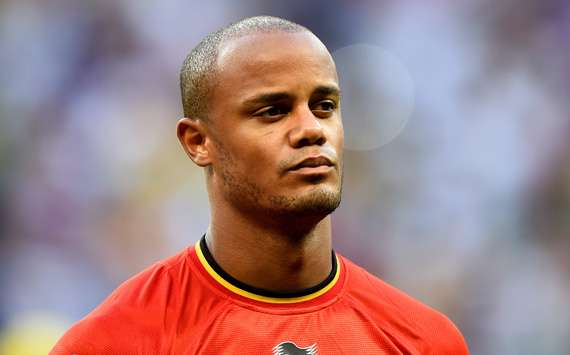 Belgium manager, Marc Wilmots has reiterated that Manchester City captain, Vincent Kompany is fit to play in their final Euro 2016 qualifying match against Israel on Tuesday, despite concerns from City coach, Manuel Pellegrini, that he might not be in good shape to play for his country.

The Manchester City captain has missed his club’s last five matches with a calf injury picked up in the Champions League clash with Juventus, with boss Manuel Pellegrini adamant that he should not be rushed back.

But Wilmots believes it will be beneficial for City for Kompany to take part in some meaningful action.

“Vincent Kompany has participated fully in training and without any problems,” he said.

“He has worked hard in training and knows his own body well.

“I’ve not been in contact with Man City myself but the club are kept up to date with developments. I think it will be good for Man City if Kompany gets some match time,”  he concluded.

This is a 2015 Copyright of thesheet.ng. You may wish to request express approval from thesheet.ng to republish.