In an industry dominated by bum-bum, boobs and sex music, Bez has found his footing, which is why we love him.

But there are about 8 more reasons he’s everyone’s darling:

1. No, Bez is not 21, he’s 32: The baby-faced singer could easily pass as a young adult and its one reason the ladies love him, even despite the fact there’s a ring on his finger. 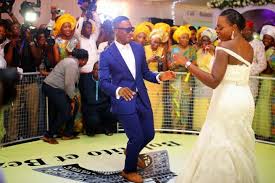 2. Everyone can relate with his music: Its why he calls his music ‘alternative soul’, a fine blend of jazz, rock, and R&B. Remember ‘That Stupid Song’? The tinko tinko song?

3. He’s amazing with the guitar: This is one of his major selling points. Everyone looks better with a guitar hanging from their shoulders. Plus, he uses it pretty well, considering he’s been playing it since he was 9. This is no accident when you consider; 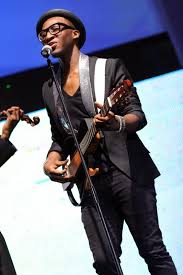 4. He comes from a family of music: Imagine your parents singing duets, your siblings in the choir. That used to be another day in the life of Bez as a child.

5. Every hype he gets is JOStified: Jos has blessed Nigeria, and even Africa, with so much talent. From the Abaga brothers of rap along with Panshak Zamani aka Ice Prince, to Spoken Word’s Sage Hassan, to Jeremiah Gyang, to the Superstar P-Square, to football’s Mikel Obi, you can be sure Jos has blessed us with talent.

6. He has stayed true: People told him Nigerians did not like guitar music, only hip-hop or Afro-pop but he thinks his success has proved them wrong. We think so too. 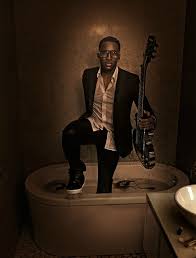 7. He always comes back stronger when tragedy strikes: He and his wife Titi lost their baby, but he has to still gone on to release an album months after. At 14, he lost his dad. Amazingly, an anonymous person put him through school. That single gesture changed his life.

8. He gives back, and that’s priceless: There’s a Bez Idakula foundation with the sole purpose of ensuring less privileged kids can stay in school.