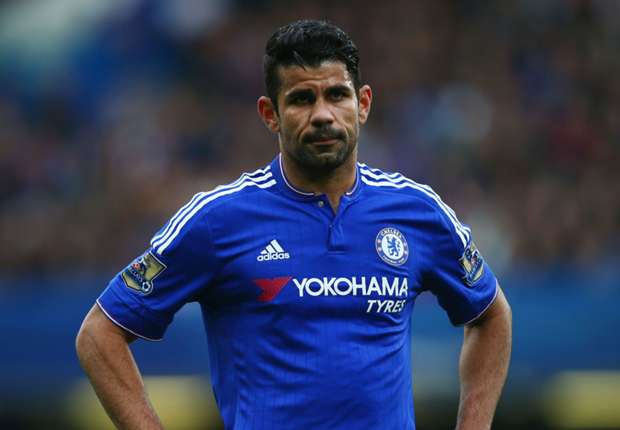 Chelsea striker and Brazillian born Spanish international, Diego Costa believes he is unfairly treated by some in England and has now taken over the role of Premier League villain from Luis Suarez.

Costa has been the centre of controversy on a number of occasions during his time in London – most recently earning a three-match ban for his clash with Laurent Koscielny in last month’s derby with Arsenal.

The 27-year-old also tangled with Gabriel, attracting criticism from Arsene Wenger and sections of the media, and Costa has now echoed complaints made by ex-Liverpool man Suarez before his move to Spain.

“I think Luis Suarez left this country because of how he was treated and made out to be the bad guy,” he told the London Evening Standard.

“Do I feel like I have taken his place? That is crystal clear. It is obvious that there are people after me. If you do something wrong and it makes the papers, then okay, that’s fair.

“But when people are after you all of the time, when you’re always the headline that’s not fair. I hope they’re not after me. I hope it’s not the case. I hope it’s something that’s just in my head.”

“The critics have to carry on what they do but they should always be truthful,” he continued.

“If I do something wrong, I am the first one to accept the criticism, I have no problem with that.

“For example, my behaviour in the game against Arsenal [where he earned his ban for raising his hands towards Koscielny] was not the best. I know that, but it was not just me. There was someone else involved.

“Many, many times I get kicked, I get elbowed – that’s part of football. It happens on the pitch but I never complain. Football is a contact sport and people have to understand they can’t change it into theatre.

“Football has always been a contact sport, these things have always happened. But we are professionals and what happens on the pitch stays on the pitch. So after the game it’s all good.

“But if I keep getting banned for three games, it’s going to be hard to maintain my level.”