Nigerian superstar singer and music entrepreneur, D’banj and his pretty wife Didi Kilgrow, have welcomed a bouncing baby boy in the United States of America.

The 36-year-old “entertainer” announced the bundle of joy via a tweet on Friday.

It would be recalled that D’banj, real names Oladapo Adebanjo, secretly got married last year to Didi Lineo Kilgrow.

The marriage has now been blessed with the arrival of a baby boy today. D’banj is now in Los Angeles, California.

In a later post, D’banj revealed the baby’s name as Daniel Oyebanji III. 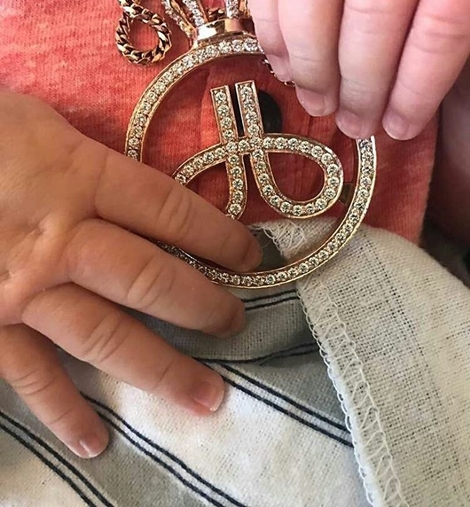 Until the birth of his baby, the Ogbona feli crooner had kept his marriage out of the gaze of the public.

“My marriage is my business and it is none of your business. Whether I am married or not, mind your business. If you ever see a wedding ring on my finger, fine, but if you don’t, fine.”

“The truth about it is that it is very important to know what you want as a brand. As a brand, I wanted to focus on the business side and keep my family and private life, private and concentrate on CREAM.”