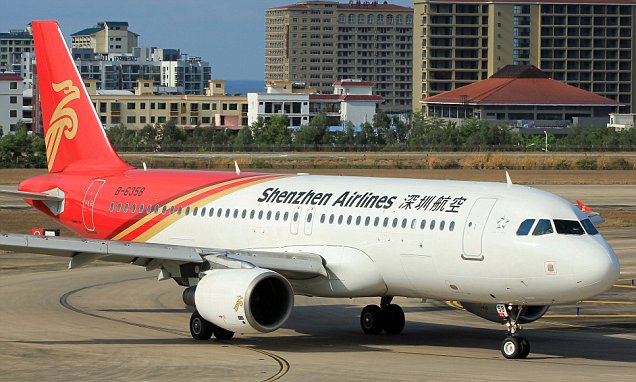 Passengers and crew members are being praised for preventing a tragedy today when they stopped a man from setting a fire inside a plane over China.

Local media said the man somehow was able to bring petrol and a lighter on board the Shenzhen Airlines flight, which was carrying more than 100 people from Taizhou to Guangzhou.

Flight ZH9648 was plunged into chaos as a passenger attempted to set the plane on fire shortly before it was scheduled to land at 1am today.

The man was overpowered by fellow travellers and crew members, and taken into police custody when the flight landed.

A photo posted on the social-networking website Weibo shows scorch marks and melted plastic on one of the plane’s emergency doors. Other photos show a partially charred passenger seat and a partially burnt newspaper. 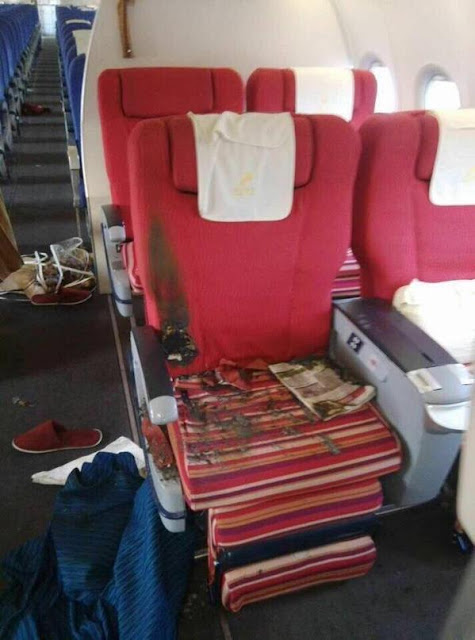 Official broadcaster CCTV and other state media reported that the pilot issued a mayday call and the plane was guided into Guangzhou airport. 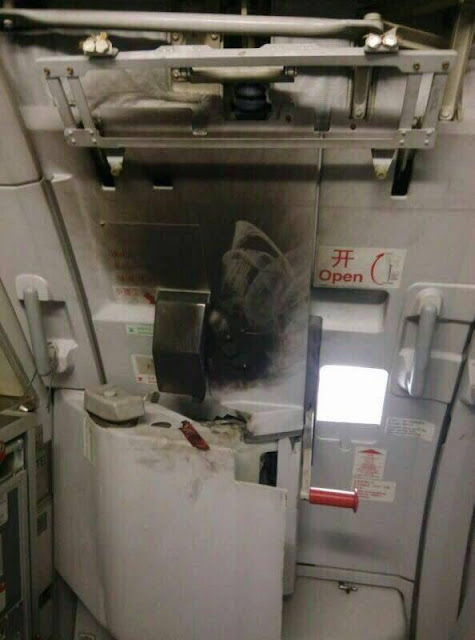 The plane’s 95 passengers and nine crew members exited the plane on its inflatable emergency slides.

Two people were injured and taken to hospital, according to state media.

A statement from Shenzhen Airlines confirmed the incident but offered no additional details.

The motivation for the incident remains unclear.

It was the latest in a rash of alarming incidents aboard Chinese flights, including passengers opening emergency exits on the ground and fights between flyers and crew members.

The incident appears to point to a serious breakdown in security at Taizhou airport. China bans the carrying of cigarette lighters and flammable substances, including spirits, aboard all flights.