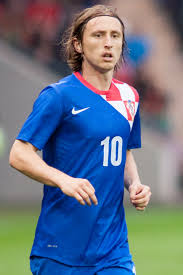 Real Madrid midfielder, Luka Modric will miss Croatia’s final Euro 2016 qualifier against Malta due to the groin injury picked up against Bulgaria.

The former Spurs midfielder was withdrawn at half-time of Saturday’s 3-0 victory in Zagreb which kept Croatia’s hopes of an automatic qualifying spot alive.

Head coach Ante Cacic said afterwards that Modric was taken off simply as a precaution, but the Croatian Football Association’s medical staff have now confirmed he will sit out Tuesday’s encounter.

“He has a strained adductor muscle, so we will not take him to the Malta game as it is only three days from now,” team doctor Boris Nemec said in a statement on Sunday.