The recent debate over where President Barack Obama will establish a library to house his official papers — a debate now settled in favor of Chicago — serves as a reminder that we’ll soon see the end of the administration and the launch of an Obama post-presidency.

To judge by recent comments, Obama as an ex-president will end up reverting to his most successful political persona: an inspirational figure helping to guide America forward on painful, thorny issues of race and social justice.

You could hear it in his address this week at the launch of the My Brother’s Keeper Alliance, part of a national network of nonprofit organizations in 200 communities nationwide that, with help from the White House, are focused on improving the lives of low-income black and Latino boys.

Obama delivered one of the most important speeches of his career, a vintage performance that included emotional references to the President’s personal experiences and an explicit promise to keep working on the initiative after he leaves the White House in 2017.

“I grew up without a dad. I grew up lost sometimes and adrift, not having a sense of a clear path. And the only difference between me and a lot of other young men in this neighborhood and all across the country is that I grew up in an environment that was a little more forgiving,” Obama said. “This will remain a mission for me and for Michelle not just for the rest of my presidency, but for the rest of my life.” 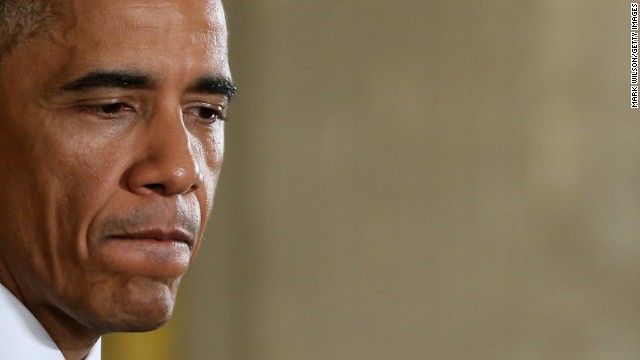 That promise, if kept, would make Obama’s an exception to the political path cut by his recent predecessors. Among living ex-presidents, Democrats Jimmy Carter and Bill Clinton have remained on the international political stage, leveraging the global prestige of the Oval Office to intervene in diplomatic and humanitarian emergencies, while the Republican Bushes, father and son, have played a more muted role, with a focus on trying to position another family member, Jeb Bush, for a 2016 run for the White House.

Carter, who holds the record of serving as an ex-president longer than any of his predecessors, has been active — some might say hyperactive — on the world stage; his Carter Center monitors elections in emerging democracies and Carter himself has served as a special diplomatic envoy. Twenty-one years after leaving office, he was awarded the Nobel Peace Prize, the only ex-president to win one.

Clinton, whose family foundations tackle global crises, plays a different role on the global stage, one that has stirred controversy thanks to his controversial practice of accepting money from foreign governments and corporations while his wife, presidential candidate Hillary Clinton, was secretary of state.

Ex-Presidents George H.W. Bush and George W. Bush, by contrast, have kept a much lower political profile, in part as a strategic calculation to help the latest Bush-for-president effort. As George W. Bush recently noted in a closed-door meeting, voters remain suspicious, if not downright hostile, to the idea of family dynasties dominating American politics.

Obama is in a prime position to chart a unique post-presidency. Like Carter and Clinton, he will have a high profile internationally: He remains a political rock star throughout much of the developing world. He is popular in Asia, thanks to a youth spent in Indonesia and his historic trip as the first U.S. president to attend India’s Republic Day celebrations. And he has built on his status as the son of a Kenyan student to create low-key outreach efforts such as the Young African Leaders Initiative, which has provided leadership training to aspiring African civic and political leaders.

On the domestic front, Obama will likely follow the activism of a Carter, but with a focus on issues of race and equality.

“What this comes down to is, do we love these kids?” Obama said in his Bronx speech. “See, if we feel like because they don’t look like us, or they don’t talk like us, or they don’t live in the same neighborhood as us that they’re different, that they can’t learn, or they don’t deserve better, or it’s OK if their schools are rundown, or it’s OK if the police are given a mission just to contain them rather than to encourage them, then it’s not surprising that we’re going to lose a lot of them. But that’s not the kind of country I want to live in. That’s not what America is about.”

Powerful words. They promise a powerful role when Obama becomes an ex-president.

“Opinion pieces of this sort published on The SHEET are those of the original authors and do not in anyway represent the thoughts, beliefs and ideas of The SHEET.”

This is a 2015 Copyright of thesheet.ng. You may wish to request express approval from thesheet.ng to republish this Piece, otherwise be kind to provide thesheet.ng due Credits where and when necessary.