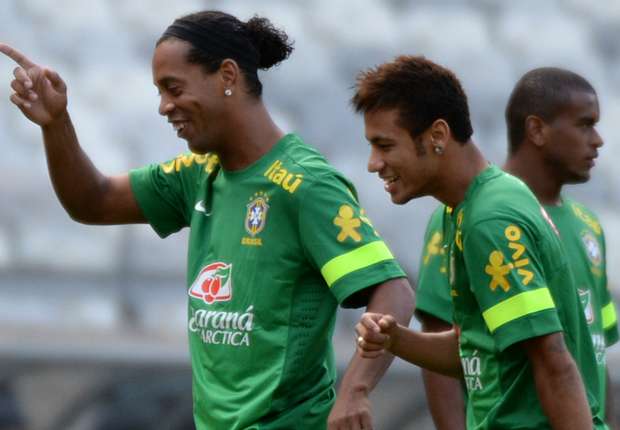 Former Barcelona star and Brazilian international, Ronaldinho has described Neymar as the heir to his position at Camp Nou. He says the 23-year-old has followed on from him at the Camp Nou and has also dismissed talk that he will retire from football before next year.

Signed from Santos in 2013, Neymar has established his place as one of Barca’s most indispensable attacking talents, having won the treble last season after forming a formidable attacking partnership with Lionel Messi and Luis Suarez.

Former World Player of the Year Ronaldinho, who won the Champions League and two Liga titles in a glittering spell in Catalonia, is confident Neymar will forge a memorable career with the reigning Spanish champions.

“Yes, he’s a great player and he’s certainly going to make history,” he told Marca when asked if he considered the 23-year-old his heir.

“Neymar will repeat what other Brazilians have done before him.”