A bus conductor was on Tuesday morning, burnt to death at the Five Star Bus Stop near Aswani Market, Isolo, after he stabbed one of his passengers to death during an argument over N100 balance.

According to eyewitnesses, the bus was heading to Aswani market area. The passenger opted to alight at the junction before the market and demanded his N100 change. The conductor refused to hand over the change and allegedly threatened the passenger. An argument ensued between both men and in the process, the conductor took a knife from the wares of a Hausa man selling hardware by the roadside and stabbed the passenger, who died immediately.

Angry passer-by immediately attacked the conductor in return and set him ablaze. They also burnt the vehicle.

See graphic photos from the scene below. 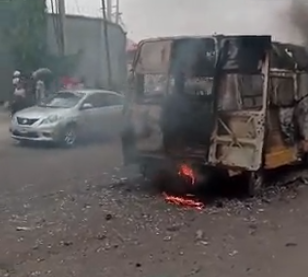 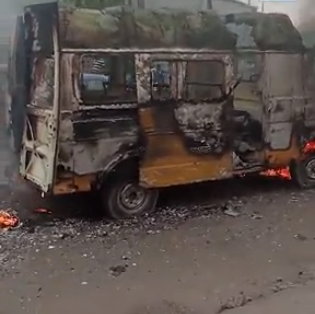 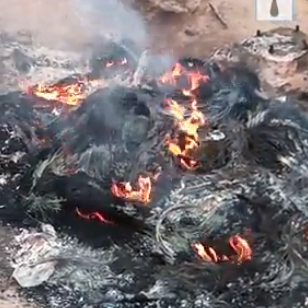 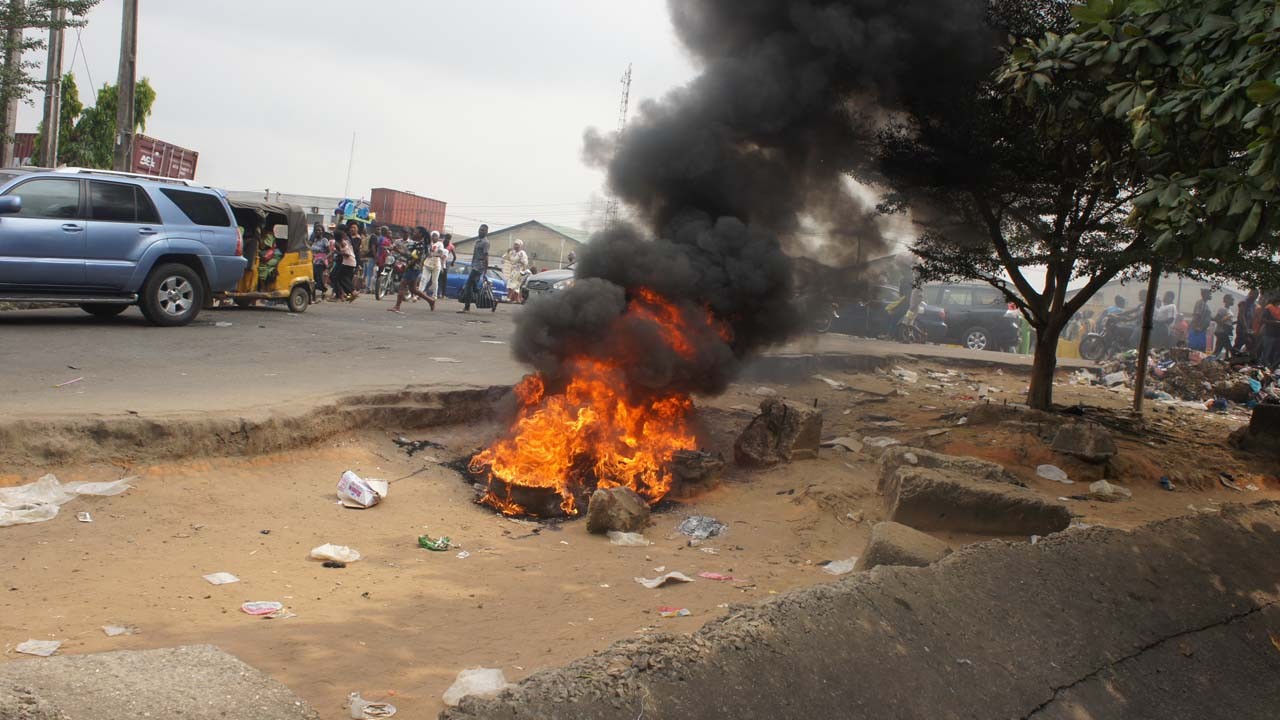 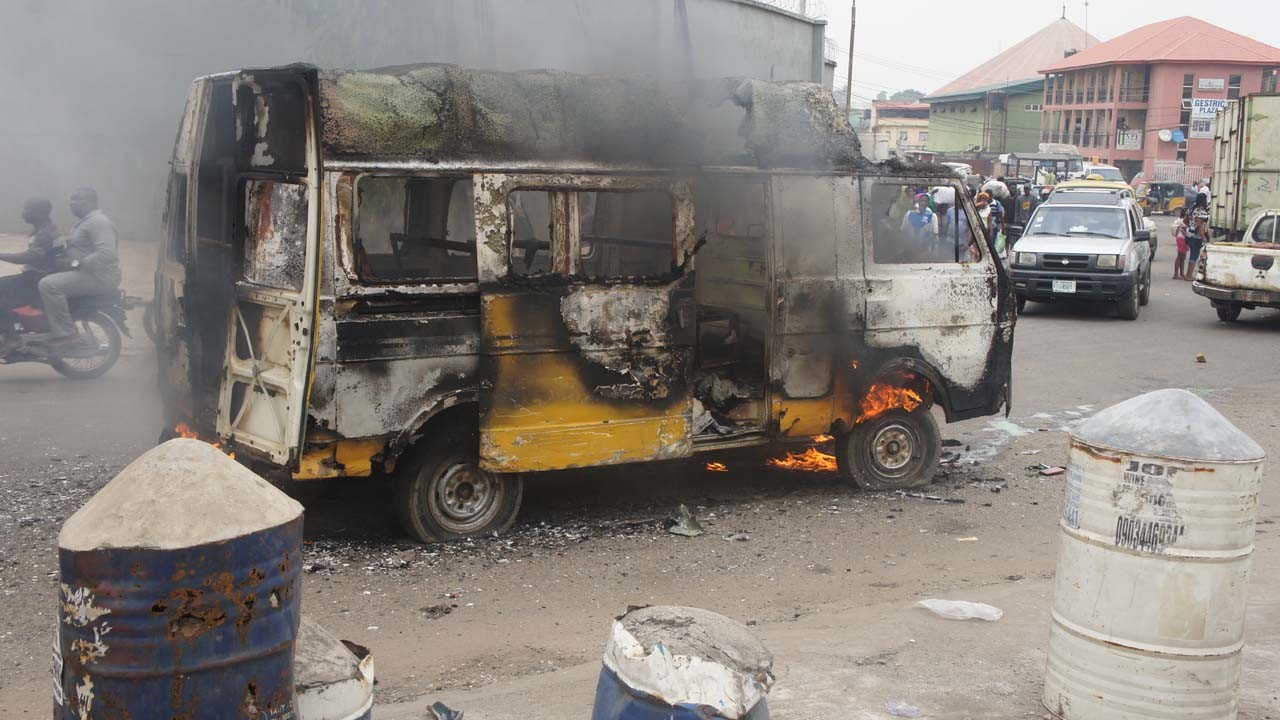 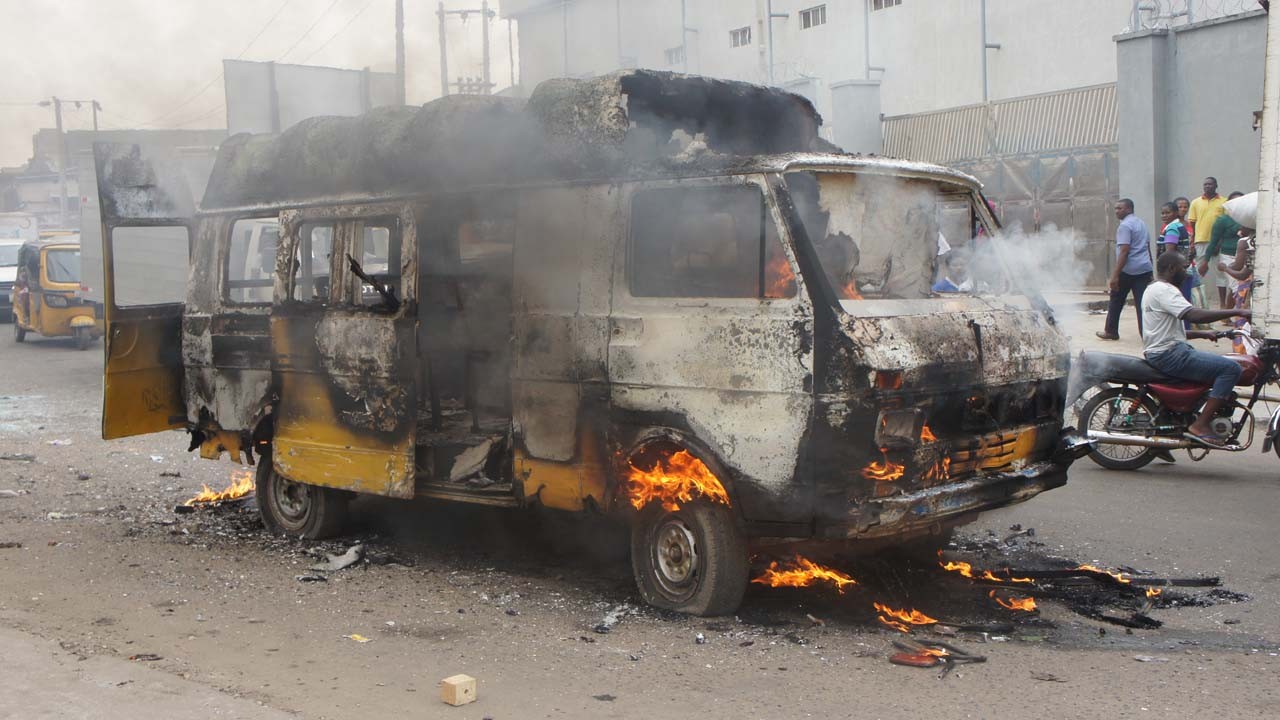 SEE ALSO: EPIC TWITTER RANT! Kim Kardashian Stands Up For Her Husband After He Tweeted 125 Times At Drake [SEE]