Some of his colleagues revealed that Fatai was still gasping for air and was quickly rushed to School Health Center where he later died.

A fellow student made the following narration:

“They gave him breathing tube and tried to cajole us when they knew there was no oxygen in the cylinder. It was when they knew things were getting out of hand that they told us to rush him to Bowen Hospital Ogbomosho, few miles away from the Campus.

“A nurse was instructed to follow us anyway…we requested for the Health center Ambulance but we were told the driver was sent to buy food, so we hustled our way by hiring a car that conveyed us. On our way, we were stopped by the SARS (Special anti-robbery Squad) we tendered our urgency and they helped us clear the way to Bowen Hospital, when we got there he was rushed inside the emergency ward with news only reaching us outside that the Doctor has certified him dead.

“We got back to Health center to report situation of things, when we met the Doctor-in- charge (named withheld) who said fatai was dead even before we brought him from the field. That was a big lie, i was the one who carried him in my arms inside the health center and i am very sure he was still gasping for air,fighting for his dear life”. 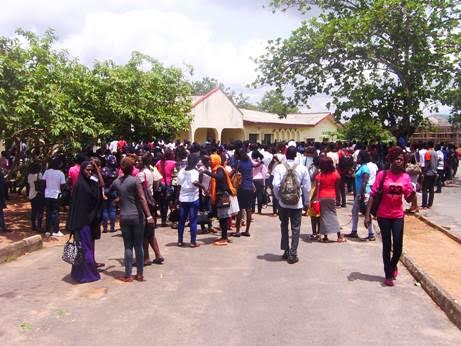