At least 12 people have died after a TransAsia Airways plane clipped a bridge and crashed into a river near the Taiwanese capital, Taipei.

Fifty-eight people were onboard the domestic flight. The plane is now half-submerged in the Keelung River.

Rescuers have cut open the side of the fuselage and are trying to rescue several people still trapped inside.

Other Taiwanese government authorities said the plane was carrying 58 passengers and crew, including 31 tourists from mainland China.

Footage of the plane apparently filmed from inside passing cars showed it banking sharply, hitting a taxi and clipping the bridge before crashing into the river soon after the turboprop ATR 72-600 aircraft took off.

The weather appeared to be clear when the plane took off. Television pictures also showed some damage to a bridge next to the river, with small pieces of the aircraft scattered along the road.

The crash-landing is the latest in a string of mishaps to hit Asian carriers in the past 12 months. An AirAsia jet bound for Singapore crashed soon after taking off from the Indonesian city of Surabaya on Dec. 28, killing all 162 people on board.

Also last year, a Malaysia Airlines jet disappeared and one of its sister planes was downed over Ukraine with a combined loss of 539 lives.

TransAsia is Taiwan’s third-largest carrier. One of its ATR 72-500 planes crashed while trying to land at Penghu Island last year, killing 48 of the 58 passengers and crew on board.

The plane involved in Wednesday’s mishap was among the first of the ATR 72-600s, the latest variant of the turboprop aircraft, that TransAsia received in 2014.

They are among an order of eight placed by TransAsia in 2012. The aircraft have 72 seats each. The planes are mainly used to connect Taiwan’s capital, Taipei, to the island’s smaller cities.

The airline also operates Airbus A320 and A330 planes on domestic and international services.

ATR is a joint venture between Airbus and Alenia Aermacchi, a subsidiary of Italy’s Finmeccanica services. 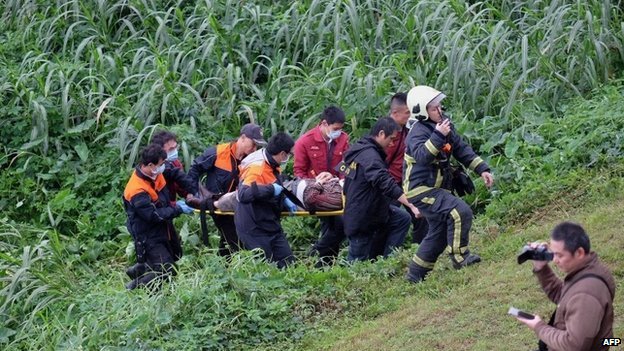 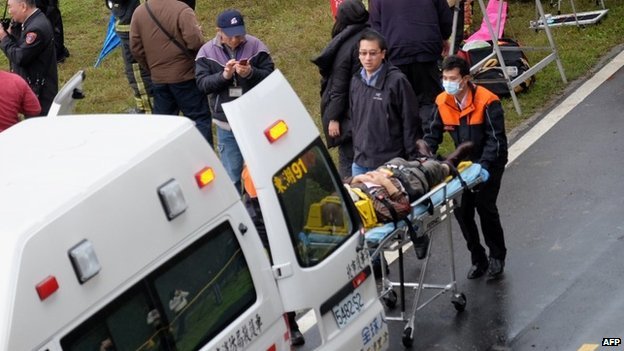