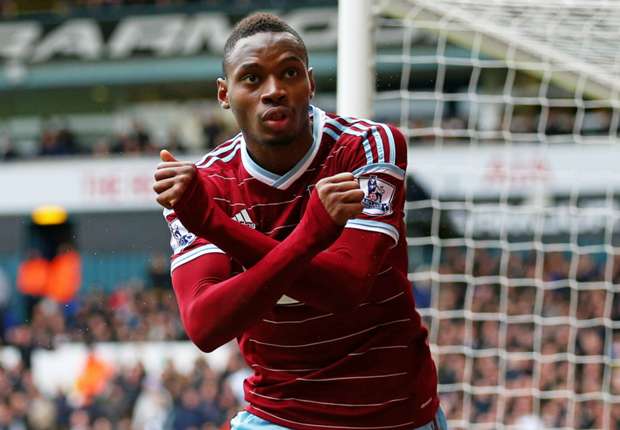 West Ham striker and Senegal international, Sakho has been ruled out of Saturday’s Premier League clash with Everton at Upton Park.

Hammers striker will miss the game because of a minor tear in his thigh he sustained during a training session last week which forced him out of the 2-0 defeat at Watford.

But on the bright side, Westham manager Slaven Bilic is confident Sakho, who has scored five goals in all competitions this season, will be back to face Tottenham after the international break, and he also had better news on the fitness of Winston Reid and Alex Song.

He said: “Sakho is out. It’s nothing major, he felt something after training last week and he has a small tear in his thigh,” Bilic added.

“He’s out on Saturday but the prognosis is that he will be fit for the game after the international break.

“Reid is back and will be in the squad. It was nothing major for him, but now he’s been training for a whole week.

“Song has been training with us since before the Watford game. He’s been with us for one week and is injury free. Now it’s a matter of match fitness. We have a friendly game on Wednesday and he will play in that.

“It went to 2-2 and Everton looked shaky, but when they scored the third and fourth, it could have been nine, 10.

“They are full of confidence, but so are we because we are a team who are playing well and will be at home.”